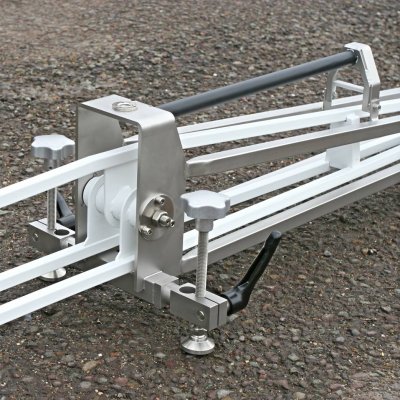 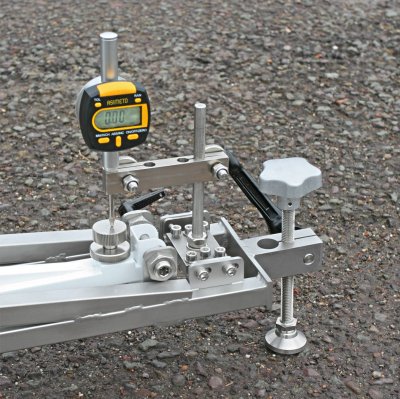 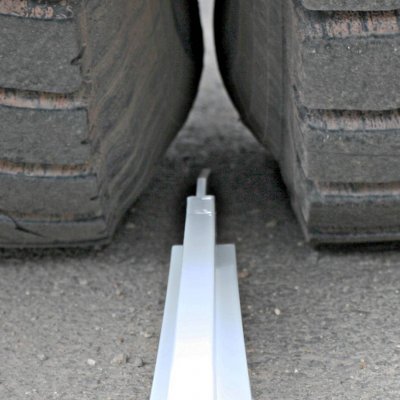 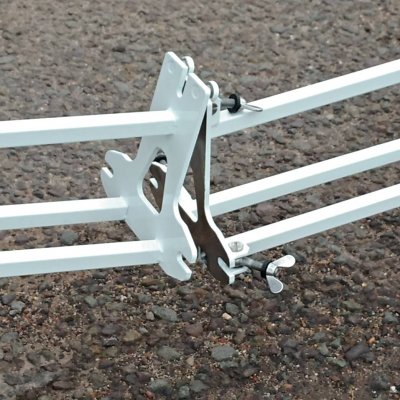 The Benkelman Beam enables precise and non-destructive measurements of the load-bearing capacity of road surface layers made of asphalt or pavement. In the case of concrete road surface pavements, movements of the slab edges can be measured in order to draw conclusions about the lateral force transmission in the area of the joints. It is a low-cost alternative to the FWD (Falling Weight Deflectometer) and is described by the German Road and Transportation Research Association (FGSV) in the Working Paper 443 „Tragfähigkeit von Verkehrsflächenbefestigungen“ (Load-bearing capacity of road surface pavements), Part B 1 Benkelman Beams: „Gerätebeschreibung, Messdurchführung“ (Device description, measurement execution), and Part C 1 Benkelman Beams: „Auswertung und Bewertung von Einsenkungsmessungen“ (Analysis and evaluation of subsidence measurements) (available from FGSV Publishing under no. 433 [in German]).

In conjunction with additional tests, the Benkelman Beam is used to determine the load-bearing capacity of roads for

With the Benkelman Beam measurement method, the vertical deflection of the road surface is measured after a defined load of 5 tons has rolled away. It is a quasi-static procedure. The vertical deflection is recorded by a special measuring beam, which is mounted on a support frame that can be rotated at a ratio of 1:2. A loaded vehicle with a dual tire rear axle and 5-ton wheel load is used for the defined load. The measuring tip of the Benkelman Beam at the end of the front lever arm is placed exactly in the middle between the dual tires and a dial gauge (or other device) is attached to the end of the rear lever of the beam to record the movement.
The dial gauge is set to zero before the measurement begins. The load vehicle moves away and the pavement surface rebound is read from the dial gauge. The modulus of elasticity of the layer(s) can then be determined from the wheel load and rebound deflection.

The Benkelman Beam is available in two versions: a classic variant with one dial gauge and the dual-gauge variant. With the dual-gauge variant, an additional point of the deformation trough is recorded (at a distance of approx. 50 cm from the first point). This allows conclusions to be drawn about the deformation modulus of the subgrade in addition to the modulus of the asphalt layer. The Benkelman Beams manufactured by us use two inductive displacement sensors and the proven Anix electronics for the measurement instead of two measuring dial gauges. The housing of the measuring case and the sensors are waterproof. The additional external buttons allow the measuring case to be used – after closing the transparent lid – even under adverse environmental conditions, for example in rainy weather. It has a built-in mini printer with which small test reports can be output on the construction site. The internal NiMH battery is fast rechargeable (< 2 hours charging time) and allows continuous operation for up to 35 hours. The measuring case is equipped with a surface thermometer which is permanently mounted under the front. The measurements can also be stored on an SD card. The data of a measurement series are continuously saved to a file, so that they can be further processed later, for example with Excel.
The measurement is evaluated according to the Müller method. The equivalent deformation moduli E e,W (equivalent modulus of elasticity of the subgrade) and E e,R (equivalent modulus of elasticity of the asphalt) are calculated. The stiffness ratio k (E e,R / E e,W ) can be used to draw conclusions about the quality of the subgrade and the asphalt layer: 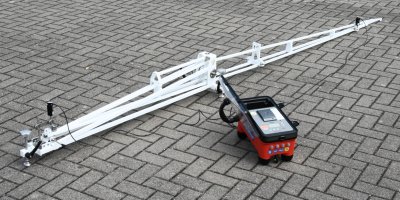 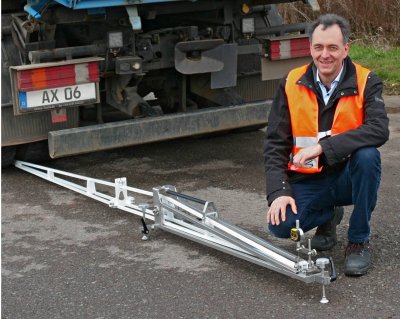 Benkelman Beam, mounted behind the truck 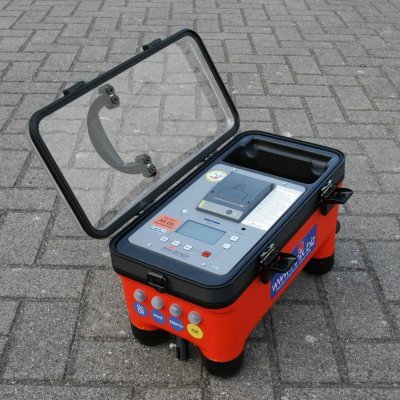 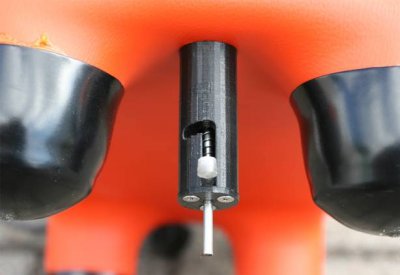 Surface thermometer integrated on the underside of the measuring case 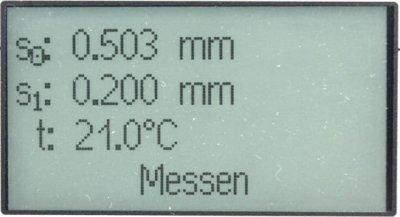 Display of the dual-gauge Benkelman Beam during measurement 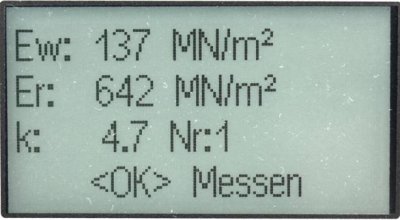 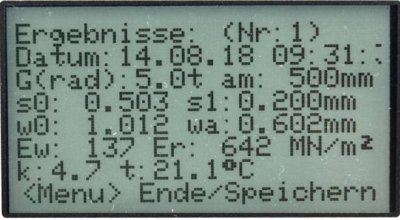 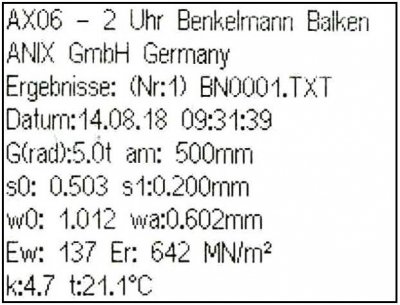 Protocol of a measurement printed out with the integrated mini printer 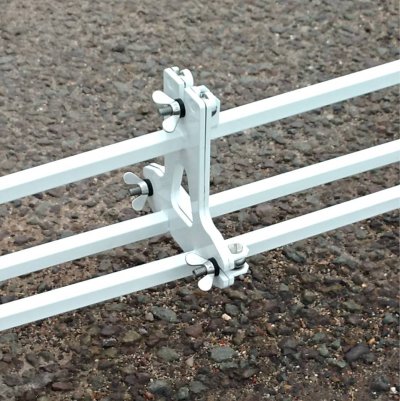 Probe tip, mounted and screwed on

Video of the benkelman beam with one dial gauge:

Wheels for easy transport to the next test point: